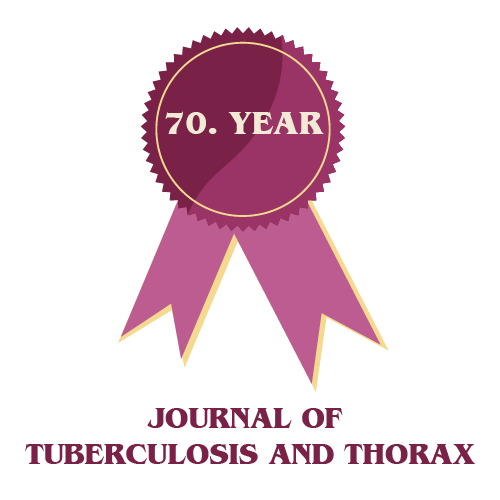 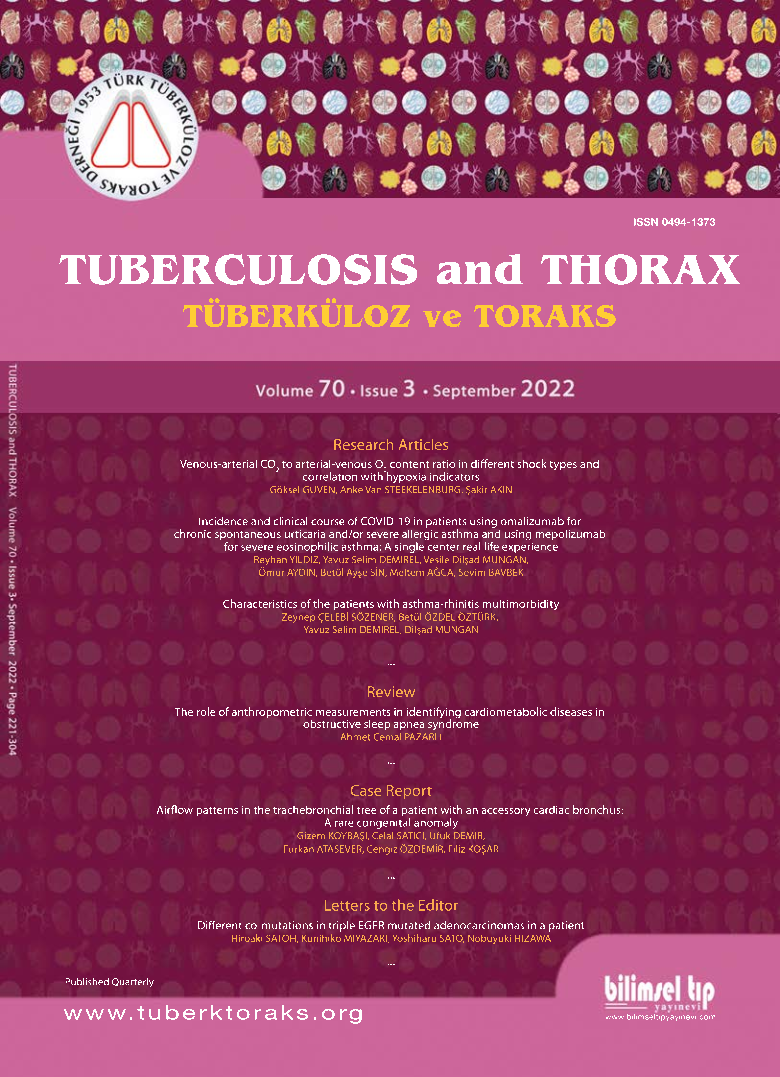 1. Upon the submission of the new manuscript by the author, it is evaluated by the Editor and Co-editors..
2. Tuberculosis and Thorax Journal accepts in principle to confirm to the ethical standards of the Helsinki Declaration (http://www.wma.net/policy) . Therefore, the approval of the ethics committee for experimental and clinical studies and drug investigations must be stated under the heading Materials and Methods or Patients and Methods of the manuscript. The patients or volunteers on whom the study has been conducted must be informed and their approval must be obtained, which must also be stated under the heading Materials and Methods or Patients and Methods of the manuscript. In experimental studies on animals, it should be stated that the study has been conducted in line with the principles of Guide for the Care and Use of Laboratory Animals (www.nap.edu/catolog/5140.html) and that the ethics board approval has been obtained from the related institution. If regarded necessary, a copy of the approval of the ethics board may be asked for from the authors by the editor.
3. The submitted manuscript is sent to the related Editor (Editor of the Article) by the Editorial Board.
4. A Member of the Editorial Board takes over the authority and responsibility as Editor of the Article. S/He evaluates the article. Having performed an evaluation in terms of plagiarism and ethics, s/he decides one of the following: a) The manuscript must be passed on to the statistics referee prior to its submission to the referee. b) The manuscript can be passed on to the referee. c) The manuscript cannot be passed on to the referee as is; however, if the manuscript is one that can be revised, revision can be demanded with editorial commentary on behalf of the Editorial Board. The manuscript can be then passed on to the referee after it has been revised and checked. In such an event, the related Editor of the Article writes his/her comments, sends them and checks the revised version. The author is given 15 days for revision. d) If the manuscript cannot be revised in any way and includes methodological error, the Editor of the Article writes his/her comments and reasons for rejection. After other members of the Editorial Board are informed, the manuscript is rejected on behalf of the Editorial Board.
5. In order to shorten the evaluation process, the manuscript is passed on to 3 referees that remain anonymous and match to the manuscript according to their expertise. The referee is given 15 days in order to review the manuscript.
6. Pursuant to the evaluation results of the referees, the author is notified as “Accepted, Revision-Check or Rejected”..

The Declaration of Helsinki of the World Medical Association (www.wma.net) is about "Ethical Principles Regarding Medical Research on Humans" (revised in October 2013). In its first article, it was stated that it was prepared as a declaration that "It includes ethical principles regarding medical research on humans, including identifiable human material and data." The declaration states that "Medical research on humans should conform to generally accepted scientific principles; it should be based on a thorough knowledge of the scientific literature, other relevant sources of information, adequate laboratory facilities, and, where relevant, animal testing." The design and implementation of any trial involving humans should be clearly stated and justified in the trial protocol. The trial protocol should be submitted to the relevant research ethics committee for evaluation, interpretation, guidance, and approval before the trial begins." statements are included.

Based on this requirement, all clinical studies, both interventional and non-interventional, including clinical drug and medical device studies, are submitted for publication in the Journal of Tuberculosis and Thorax; all kinds of research conducted with qualitative or quantitative approaches that require data collection from the participants using surveys, interviews, focus group work, observation, experiments, interview techniques, all kinds of studies using identifiable human biological material and data, private or sensitive data within the scope of the Personal Data Protection Law Any research on data that is accepted as legal is subject to the approval of the Ethics Committee. Articles that require "Ethics Committee approval" are specified in the TR Dizin criteria. If deemed necessary, in addition to the relevant statement, an Ethics Committee decision or an equivalent official letter may be requested from the authors.

In case reports, in manuscripts reporting the results of experimental studies on humans, it should be stated that after the nature of the procedures applied to the people who were studied, their consent was obtained with an "informed consent form". In studies conducted on animals, the ones that were made to avoid pain, suffering, and discomfort should be clearly stated in the article. It is necessary to obtain permission from the owners for the use of scales, surveys, and photographs belonging to others, to document this situation, and to state that copyright regulations are complied with for intellectual and artistic works.

Ethics Committee approval and/or whether legal/special permission is required should be stated in the article. If it is necessary to obtain these permissions, it should be clearly stated from which institution, on what date, and with which decision number or permission number it was obtained. If the study requires the use of healthy/sick volunteers and animal subjects, it should be declared that the study was carried out in accordance with the international declaration, guidelines, and relevant national legal regulations. It is the authors' responsibility to protect the confidentiality of patients' identities. For photographs that may reveal the identity of the patients, signed permission from the patient or their legal representatives should also be sent with the article.

The publication and publication processes of the journal have been shaped in accordance with the guidelines defined by the COPE (Committee on Publication Ethics).

Retrospective Ethics Committee approval is not required for articles that used research data before 2020, were produced from master's/doctoral studies (must be specified in the article), that were applied for and accepted for publication in the journal in previous years, but have not yet been published.